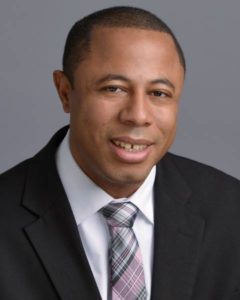 Rafael is an entrepreneur and  whose mission is to empower people and entrepreneurs to success. He was born in the Dominican Republic where he attended public school and graduated with honors from high school.  He worked as a substitute teacher for two years before coming to the United States as an international student.

Rafael came to the United States in 1992 to study at Bergen Community College where he received his Associate's Degree in Hotel & Restaurant Management. He returned to the Dominican Republic and emigrated to the United as an International Student. He earned a  Bachelor of Arts Degree in Business from New Jersey City University, Jersey City NJ. He settled in Hackensack in 1996 and became a U.S. citizen in 2014.

Rafael is a former member of the Hackensack Enrichment & Learning Program Advisory Council, INC. ( H.E.L.P. INC.) that  was founded in 1994 as a summer camp for 5 to 12 year old children who reside in public housing in Hackensack.  Over more than a 10 years H.E.L.P., INC. provided scholarships to boys and girls who enrolled in colleges and proprietary schools in New Jersey.

Rafael, 46, is a certified Life and Business Coach from Coaching Training Alliance (CTA) and Mentor Path.  Currently, he is consulting with entrepreneurs and others  who are looking to expand or start their own businesses.  He has a strong belief in entrepreneurship and its ability  to change people and the  community.

In 2009 he founded a company that developed a line of beauty products such as shampoo, conditioner,  and custom jewelry which are  sold online and in the Caribbean.