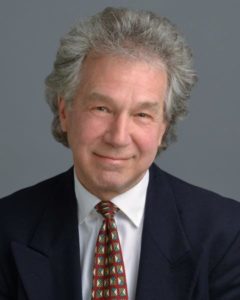 Rich Cerbo is a lifelong Hackensack resident  with deep ties to Hackensack’s government, His father Fred Cerbo  served as mayor of the city in the 1980’s while his mother Alice was an integral part of the DPW administration for many Years.

Rich, 65, graduated Hackensack High School and went on to earned a Bachelor of Arts degree in  political science from William Paterson University, with minor studies in history and American literature. He attended graduate school and studied creative writing.

He owned successful restaurants in Atlanta GA and St. Croix. Rich also served as a fundraiser for the American Cancer Society, the Community Resource Council and the Easter Seals foundation. He also worked as a grant writer for the CRC.

Rich now works as a computer and language instructor at the United Center in Hackensack. For the past five years he worked as a non-profit fundraiser for various organizations in the city.   Rich is an active member of The Company Theater Group, which stages plays in the city,  and is professionally trained through the Group’s  academy workshops and instructional classes, He participates in productions in various roles. He also markets print ads for all playbills for shows performed at the cultural center.

He is also an independent writer.

Rich has maintained a lifelong interest in helping Hackensack and its people. He organized volunteers to keep the city clean and free of litter and he volunteered his time as a baseball coach, umpire and fundamentals instructor. He also served as  Recreation- Director of various parks and fields around the city. Additionally, Rich served the city as  Director for Fairmount School Gymnasium, tennis instructor at the Paul Fulton Saturday School and as a tennis coach.

Rich, is single and lives in the 5th  Ward. He is a parishioner of St. Joseph’s RC Church in Hackensack where he volunteers as a lector.